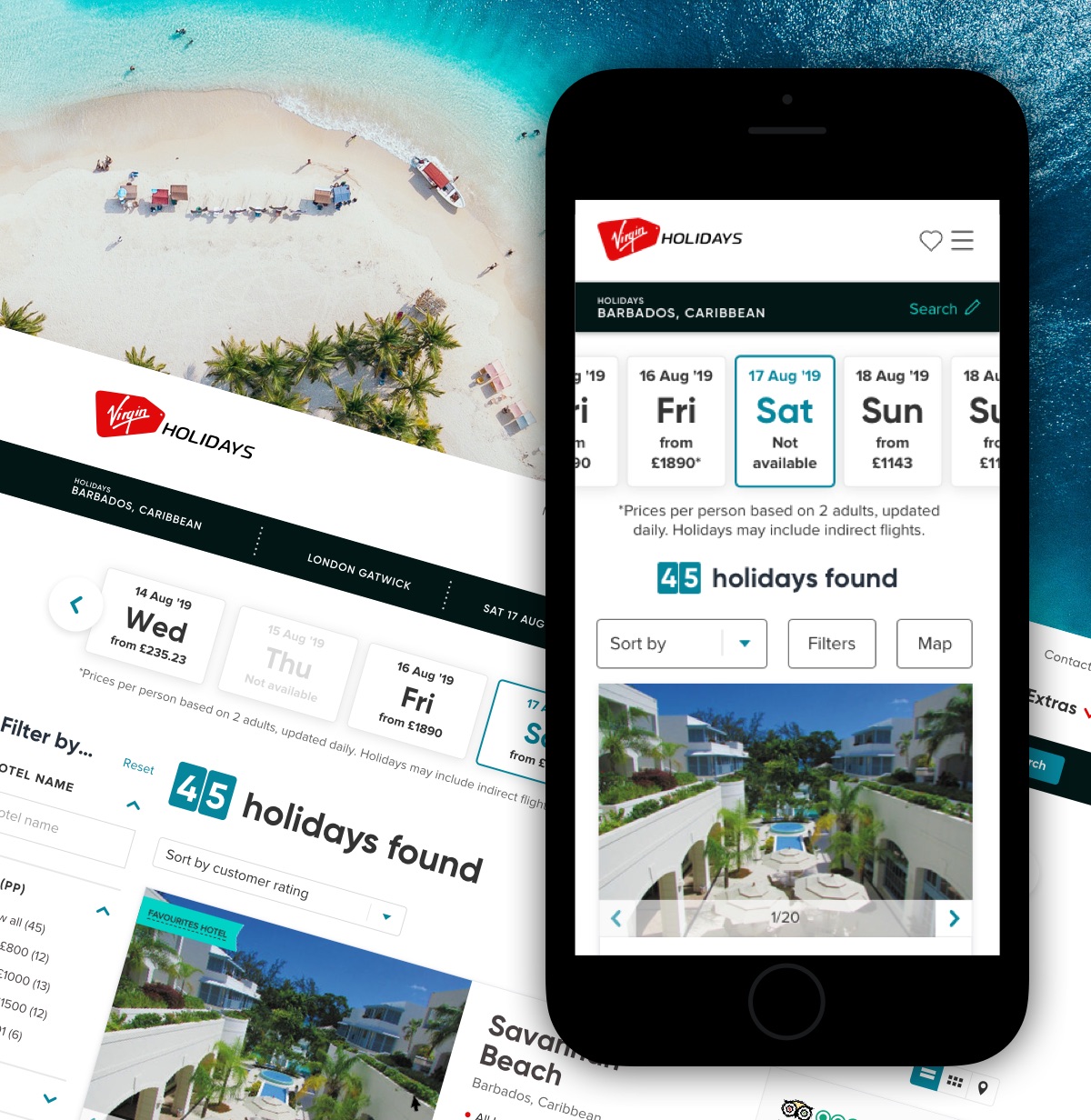 One of the standout projects that I worked on whilst at Virgin Holidays was the date widening bar on the search results page of the website. As a product design lead, I helped deliver a date-widening bar for search results in the book flow; an innovative new feature to ease the customer user journey and improve the availability of holidays. Ultimately, dramatically decreasing the number of no results for certain destinations.

Kicking-off with research, I reviewed previous user testing and observed the friction that customers were having when comparing prices on different dates for the same holiday. Moving on to competitive benchmarking, I researched how different sectors addressed this problem; from rail ticket websites to sites such as the BBC Sport football site which utilised a form of date picker for football fixtures. 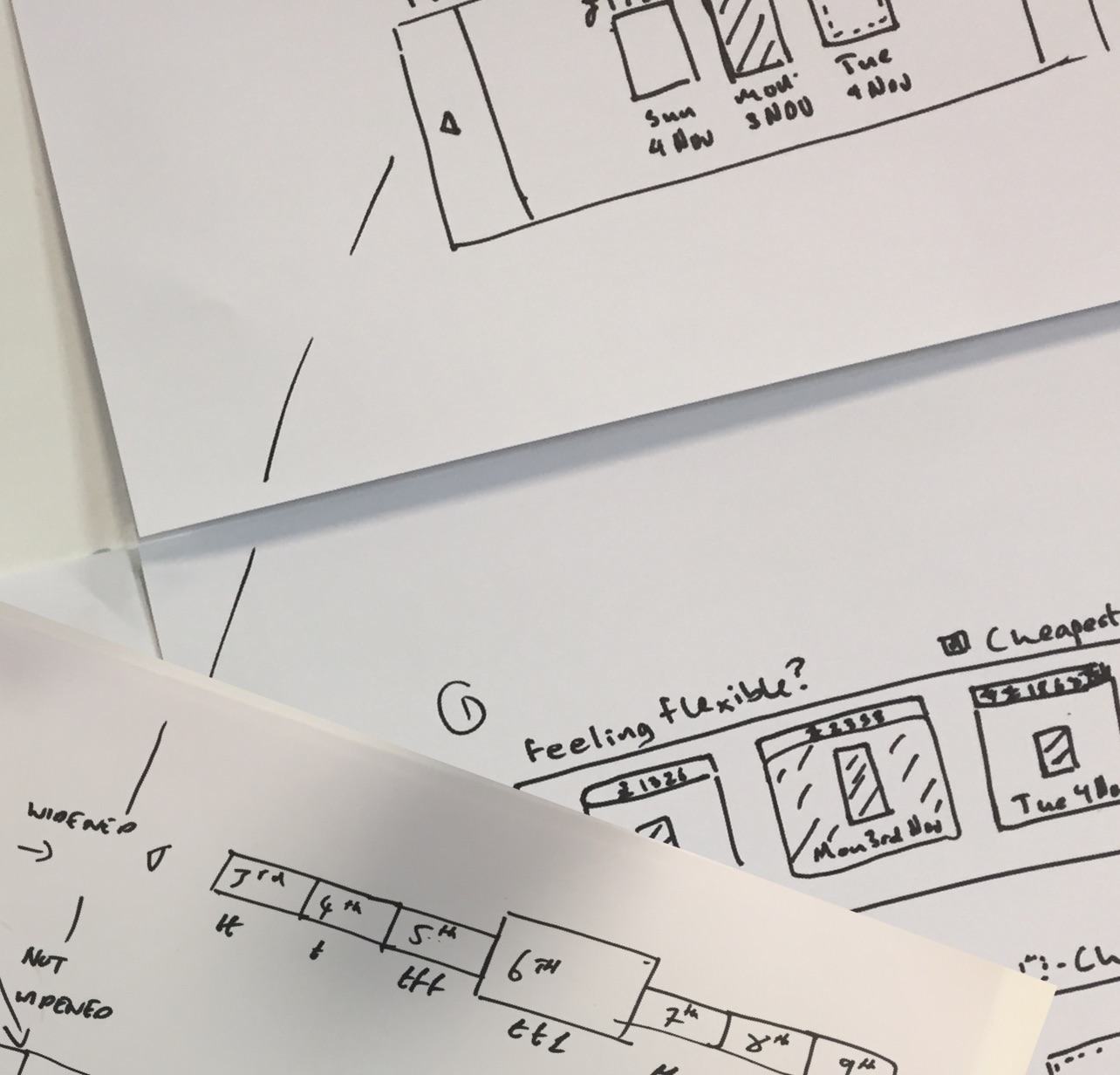 Inspired by my research, I organised a sketching session with my design peers to work ideas on to paper using 6-up sketches.

These were then refined and developed into a initial prototype to coffee shop test our ideas in a local Virgin Atlantic retail store.

After reviewing the initial prototype testing, I moved onto basic usability testing of key features and journeys to make sure that critical tasks could be completed. Having fed back to stakeholders, I then moved onto creating lo-fidelity designs and wireframes to see how the flow would work on various devices.

Following further testing and feedback, I moved on to hi-fidelity designs and then into production; managing and liaising with developers to deliver a pixel perfect new feature. Following this, a meeting was setup to investigate how we integrate this new feature to A/B test against the current bookflow. After finding some initial drop-off in mobile conversion, the designs were tweaked and then when the p-value was positive, we launched. 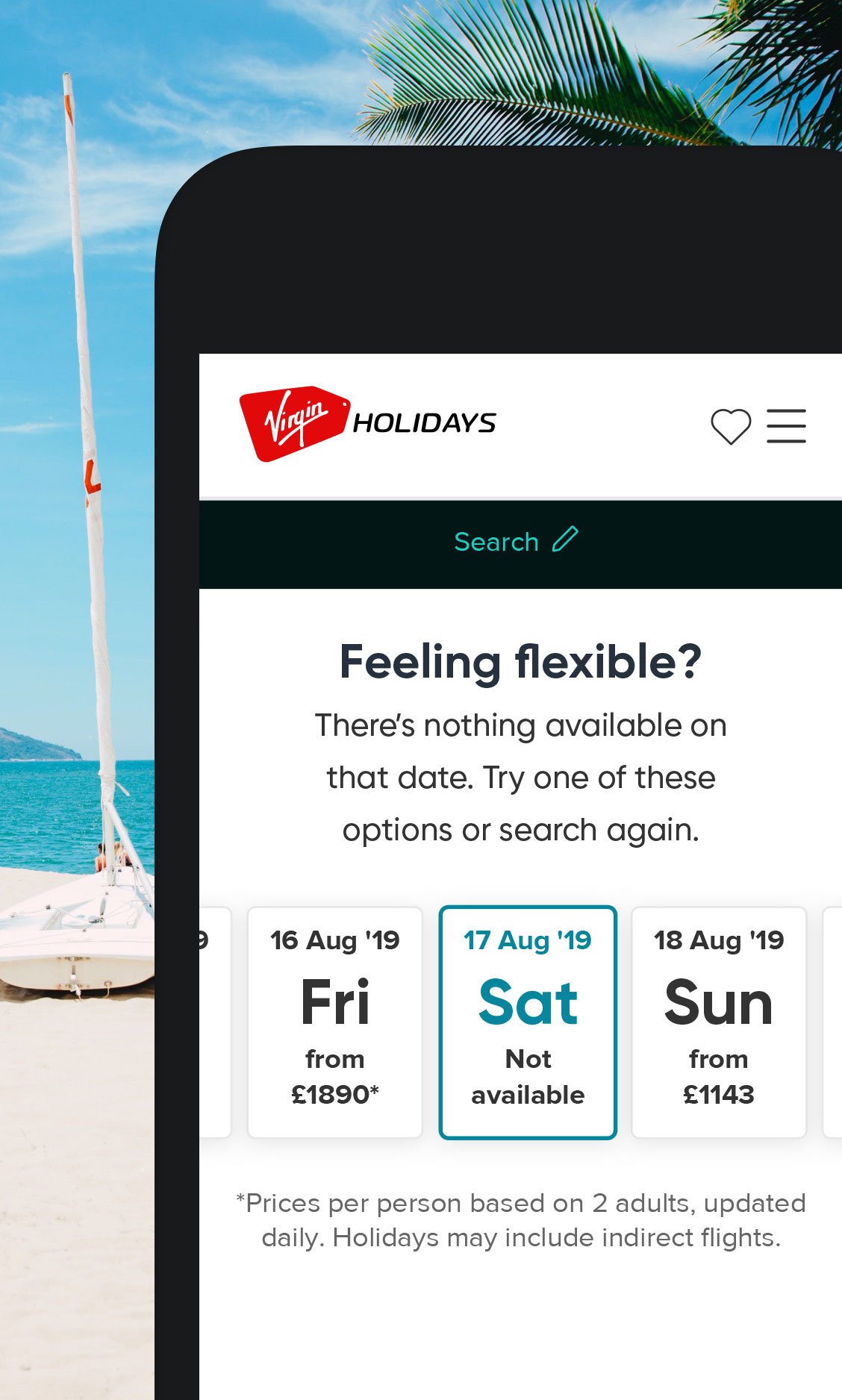 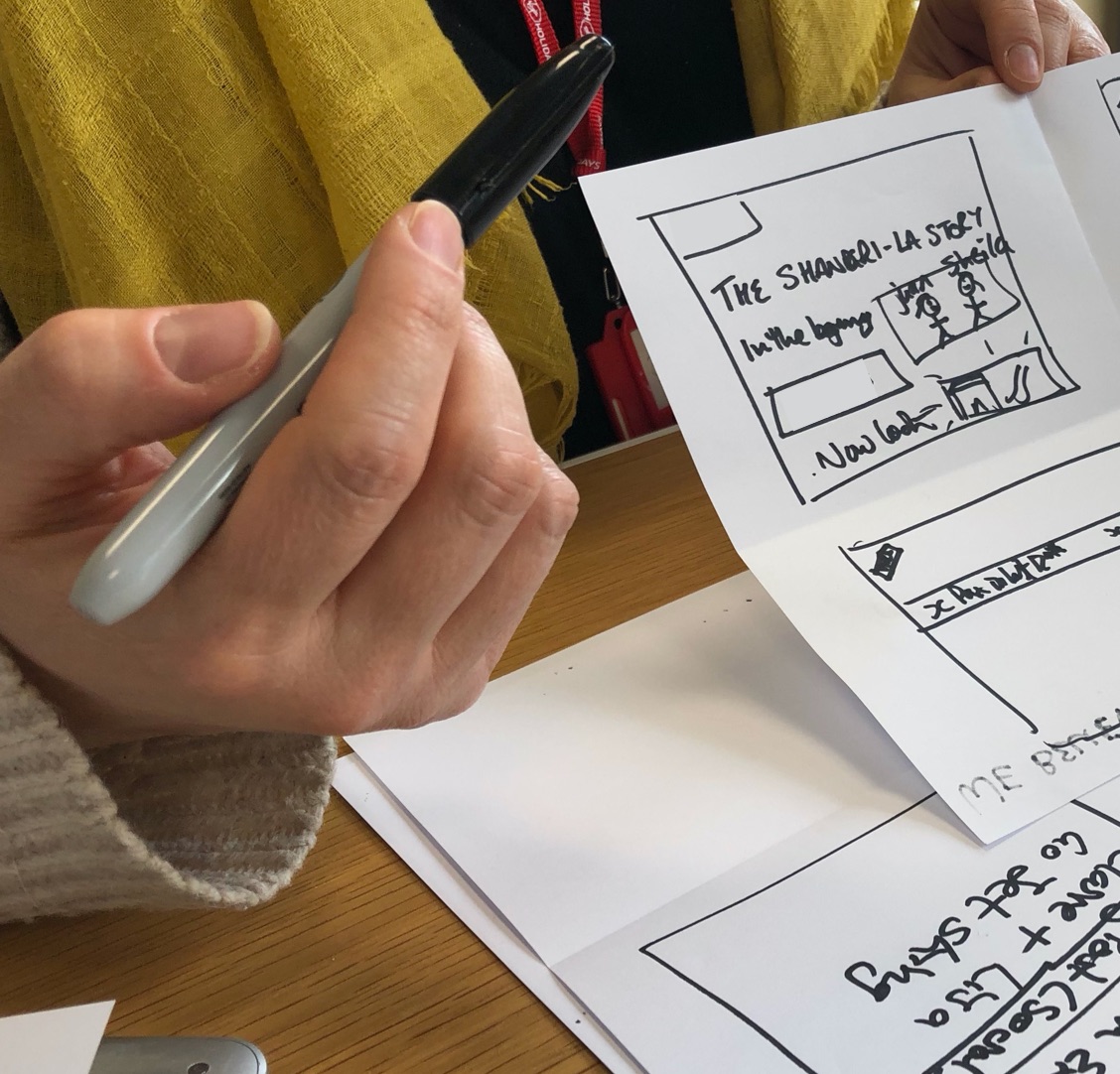 The iterative process, be it through online testing tools or good old talking users through sketched-out wireframes really helped deliver this project on time and on budget.

A very happy client with positive percentage conversion increase after initial launch in February 2020. In fact, through analysing data we found that not only were customers interacting with the new date widening bar, they were even suggesting improvements in online feedback surveys.